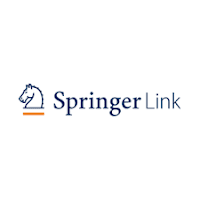 Based on the photocurrent model, terahertz (THz) radiation generation in three-color (fundamental (), second-harmonic (), and third-harmonic ()) laser-induced air plasma is studied using particle in cell simulation. Our simulation results show that the amplitude of THz radiation in the three-color laser scheme is several times larger than the amplitude of THz radiation in the two-color laser scheme (fundamental (), second harmonic ()). In addition, the effect of the phase difference between the first and second harmonics  and the phase difference between the fundamental and third harmonics  on THz generation is investigated in order to obtain the optimum conditions. It is indicated that the effect of  on THz radiation strongly depends on  in the three-color scheme and it is found that the THz radiation is maximum in the case with  and . The influence of laser wavelength and pulse duration on THz generation is also studied. Our results reveal that the THz radiation increases proportionally to the square of the laser wavelength. Moreover, it is shown that THz radiation increases by increasing pulse duration.
Posted by Terahertz Technology at 10:00 AM