What role is Luna Innovations terahertz division playing in the new Northrup Grumman B-21 Raider? 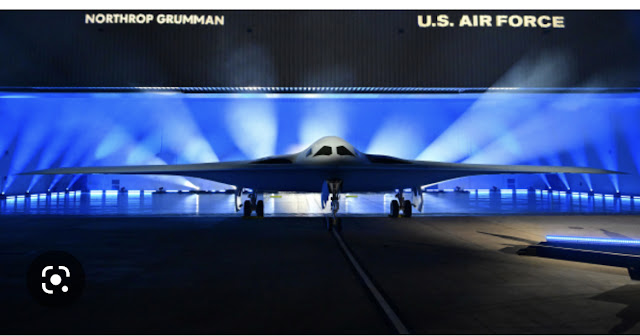 Last week investors in Luna Innovations, (LUNA), were excited to learn that a new multi-year, multi-million dollar contract had been entered into with Northrup Grumman:
"Luna Innovations Incorporated  a global leader in advanced fiber optic-based technology, today announced that it has extended its existing relationship with Northrop Grumman by securing a new multi-year, multi-million-dollar agreement. The agreement includes an initial receipt of an over $3 million incremental, multi-unit purchase order for the OBR 6200 portable backscatter reflectometer."
This announcement came only four days after the Pentagon unveiled the new stealth bomber the B-21 Raider which was developed by Northrup Grumman. Readers of this blog well know the prior involvement of Luna's terahertz imaging which was used to insure the stealthy nature of the paint and outer coating on the F-35 for Lockhead Martin:
https://terahertztechnology.blogspot.com/2017/06/lockheed-martin-is-close-to-winning.html
as well as the use of the backscatter reflectometer developed by Luna, called the OBR 6200 in the sustainment equipment for the F-35. "The OBR 6200 instrument is included with the sustainment equipment when F-35s are deployed globally."
Curious investors such as me have to wonder if LUNA isn't  also playing a foundational role in insuring the stealthy coating used on the new B-21 Raider? Thus far I haven't seen any press release which specifically states this, but I have to believe the recent price increase in the shares of Luna stock are directly related to both the new contract with Northrup Grumman as well as the development of the new B-21 Raider. Time will hopefully tell, (or perhaps given the sensitive nature of the technology we will just have to continue to guess).
Posted by Terahertz Technology at 5:38 PM