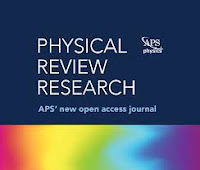 https://journals.aps.org/prresearch/abstract/10.1103/PhysRevResearch.2.023413
We theoretically study the low-energy electromagnetic response of Bardeen-Cooper-Schrieffer–type superconductors focusing on propagating collective modes that are observable with terahertz near-field optics. The interesting frequency and momentum range is ω<2Δ and q<1/ξ, where Δ is the gap and ξ is the coherence length. We show that it is possible to observe the superfluid plasmons, amplitude (Higgs) modes, Bardasis-Schrieffer modes, and Carlson-Goldman modes using the terahertz near-field technique, although none of these modes couple linearly to far-field radiation. Coupling of terahertz near-field radiation to the amplitude mode requires particle-hole symmetry breaking, while coupling to the Bardasis-Schrieffer mode does not and is typically stronger. For parameters appropriate to layered superconductors of current interest, the Carlson-Goldman mode appears in the near-field reflection coefficient as a weak feature in the subterahertz frequency range. In a system of two superconducting layers with nanometer-scale separation, an acoustic phase mode appears as the antisymmetric density fluctuation mode of the system. This mode produces well-defined resonance peaks in the near-field terahertz response and has strong anticrossings with the Bardasis-Schrieffer and amplitude modes, enhancing their response. In a slab consisting of many layers of quasi-two-dimensional superconductors, realized for example in samples of high-Tc cuprate compounds, many branches of propagating Josephson plasmon modes are found to couple to the terahertz near-field radiation.
Posted by Terahertz Technology at 10:00 AM